Two months ago, I challenged myself (and others) to translate one online conversation,rant or suggestion I had started/participated in/offered into an offline action. This was in a bid to prove to myself, and others that in an era of collaborative economy, we are empowered to do much,much more than just complain, opine or observe.

At the time, the rains pounding down on Nairobi made for a tune of traffic complaints, online and offline. Traffic jams were the subject matter of tweets and facebook updates. Overlappers earned their place on many a twitpic and the #TwitterBigStick was virtually caning many a driver.

Yet, with all the content that was being generated online, there was little,if anything to show for recourse. The state of roads,new and old, was one of floods and ensuing flat tyres(thanks to hidden potholes and bumps whose blades were all the more sharpened,to the business benefit of  mechanics around town.) Having fallen victim to the mayhem and madness, I posed a rhetoric on what we would have learned once the clouds folded and the rain stopped pouring.

But, chanting and ranting has done little to improve the state of the roads on our cities. And it’s against that backdrop that an offline event was organized, that sought to translate online conversations to offline action, as regards Nairobi road safety and traffic. Interested parties, stakeholders and everyone in between was welcomed, and the power of online communication was leveraged to find people with insight,ideas and solutions in the works to alleviate the traffic status quo. 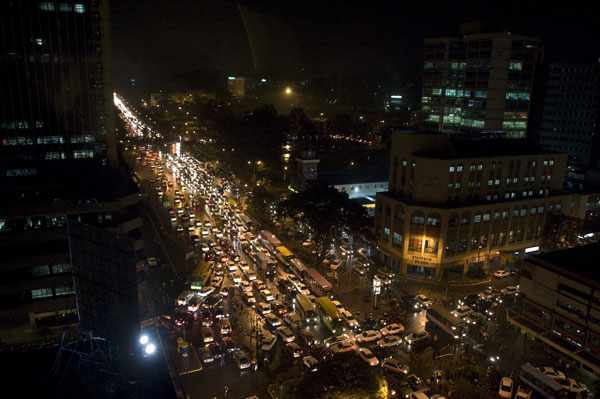 After many emails,tweets and phone calls, a speaker line-up of coders,policy makers and volunteers emerged.

In his impressive presentation, Thomas cited how hinged the success of the app is to the Nairobi Traffic Department’s willingness to collaborate in using data collected and offering information to be shared via the platform. By then, he hadn’t been able to access the department’s officials. (We had extended an invitation to then Traffic Department Boss, who only expressed interest, but didn’t show up.)

Nduru is still in under construction. It will be very interesting to monitor its uptake once rolled out. (More on the app here.) 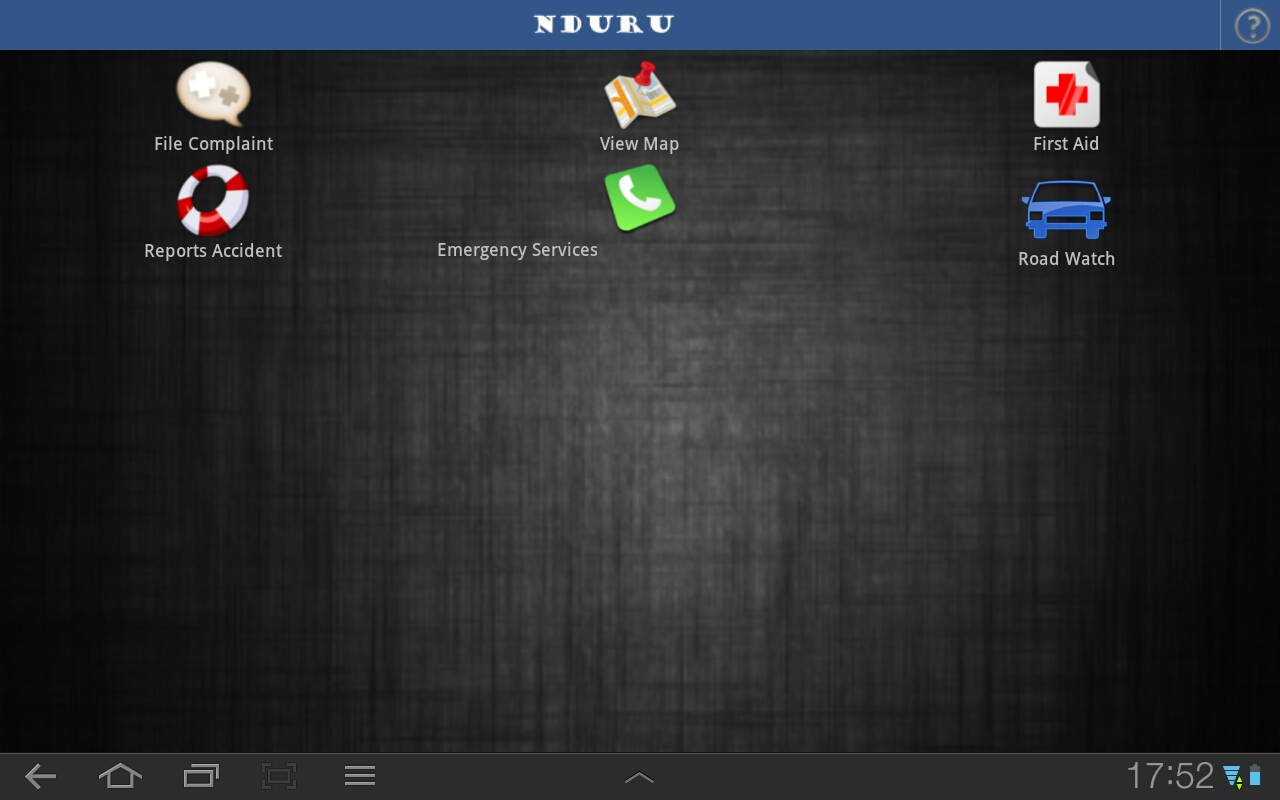 Also an Android-based (available on Google Play store),this application offers a  virtual guide and response system to Public transport commuters on how to effectively plan and  access Matatus and Buses in Nairobi. The app is out to assist commuters in answering questions such as “what is the route number to Yaya?and where can i get the Matatu?” Here’s a video explaining MatNavi’s functionality:

You can navi(gate) by stage and routes, set an alert to notify you whenever approaching your destination point(300m away from it). It also offers route information and stage gallery(aerial views).

Developed by University of Nairobi students: Shiojiri Kichitaro and Jacob Teko, MatNavi purports to solve some of the navigation problems associated with the ubiquitous and often disorganized mode of public transportation in the city. (More on the app here.)

Through iVolunteer, lives have been saved, offered Philip. Be it responses to calls for blood donation or tracing lone accident victims(as told in this news article).

Nothing too fancy about its functionality, but iVolunteer epitomizes how online conversations/interactions translate to offline action, the action being lives saved. Looking to partner with the relevant authorities to customize the platform,for subscriptions by regio ,for instance, this is one platform that many of us netizens have benefited from,contributed to or informed through. (Find out how to become an iVolunteer)

Tweets  and twitpics are monitored  as uploaded under the #overlapKE and #TwitterBigStick hashtags, and reports generated as shown here.

It remains to be established how best the information collected can be harnessed. Below’s a wordle image of most used words in reporting traffic offences via Overlap Kenya in the period February-March 2012, for instance: Developed by Laban Okune, Ma3 route ‘let’s you easily get that place you are looking for.’The platform assists in finding the cheapest,  most direct,  least traffic-congested public bus route available to get you from point A to point B. You can access the info via SMS, web, or android. More about the platform here.

And that was that for the ‘tech aspect’ of it. Solutions offered by the tech community, their scaling dependent on collaboration/coordination with relevant authorities.

Yet, as it turns out, they have the problem (thought out) all wrong! That was one of the opening remarks by Dr. Eric Aligula of the Kenya Institute for Public Policy Research and Analysis, KIPPRA in his presentation.

More on Dr. Aligula’s presentation, the ‘real’ problem and the policy research findings in part 2 of this post series.