By now we have all read up on Forbes latest release on matters Africa, and those who are deemed most wealthy. Our homie, Uhuru Kenyatta, of the Tuko Pamoja fame, (or ICC..depending on the circles you roll in) made it onto the list. 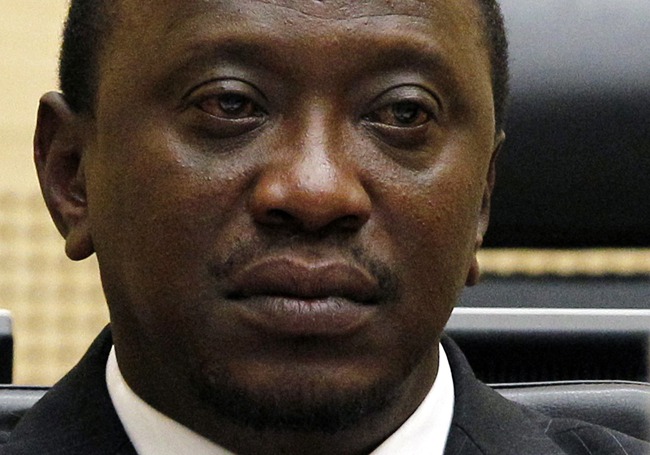 I remember the indignation with which most of us responded to his Tuko Pamoja tagline that I believe is at the core of his presidential campaign. The ever philosophical RoomThinker was very articulate in this here open letter(blog) to Mheshimiwa.

So, in a nutshell, a guy owns at least 500,000 acres of prime land spread across the country. Yaani,(in other words), half a million acres of the Muthaigas, Nyaris, Rundas…if that’s what we define as ‘prime’ land…I tried to imagine the expanse of such land in my mind’s eye…even in broken down chunks…let’s just say, I’m still imagining.

“The land was acquired by his father in the 1960s and 1970s when the British colonial government and the World Bank funded a settlement transfer fund scheme that enabled government officials and wealthy Kenyans to acquire land from the British at very low prices. ” [Forbes]

The Forbes list may have had a case of bad timing, adding salt to injury, given the status quo, with the Syokimau demolitions and scores of unresolved land disputes all across the country.

Then I did a double take. I tried to put myself in Mheshimiwa’s position. We all agree that we don’t choose the families we are born into. That got me wondering, what if it was me? And since it’s clearly not, I quickly embraced another thought process altogether.

What would inspire the audacity behind Uhuru Kenyatta’s  ‘Tuko Pamoja’ tagline?

I tuned in for his appearance on Churchhill Live a couple of months back. His name and predisposition aside, the chap speaks the very same lingo we speak. He was careful to point out his normalcy in his interview. And frankly, who are we to refute his claims?

That he owns some ridiculous wealth,for a vast majority of us, there is no way ‘Tuko Pamoja’! But, I like to look at things from more than one perspective, so indulge me if you will.

I don’t think that he(Uhuru Muigai wa Kenyatta) woke up one day and ,on a whim,thought up the ‘Tuko Pamoja’ tagline…(I am waiting on a meetup with the chap and maybe someone can dig deep into this matter).

Let’s assess a number of ways in which the ‘Tuko Pamoja’ phrase may have us relate, shall we?

1. If any one of us was to be informed by our family that indeed we own a significant amount of Kenya’s land, would we then give it up, in the name of selflessness?

2. How many of us are striving towards just that, owning as much land,property,money…or other definition of wealth there is? How many of us are keeping our neighbour’s interests in mind as we go around, trying to acquire a-ka plot here and there?

3. How many of us are actively fighting against all the madness that is thrown at us on a daily in this country? We almost unanimously agree that the MPs(or MPigs) aren’t…but are we? Take a moment and think about it. Other than posting our fleeting indignation on twitter and facebook, how many of us are actually fighting these ills, patiently bearing the strain that is the path to justice, for a better tomorrow?

Here a number of ways that ‘Tuko Pamoja’ after all:
1. None of us is really doing anything to safeguard public interest, so….Tuko Pamoja.

2. We are all looking out for ourselves…the difference may be in scale(or acres of land we own as collateral), so… Tuko Pamoja!

3. We all want things to work out different come the post 2012 period…(I don’t think he,or any of the Ocampo Six are keen on being repeat offenders,seeing as they didn’t ponea ‘Bahasha Ya Ocampo’ …I refer you to the picture above,I highly suspect it’s off his recent sit-in inside Ekaterina’s courtroom…), whether we want a ‘good kind of different’ or not is a fate to be determined by our actions/inactions, words/silence… so,again,on that, Tuko Pamoja!

4. There’s that guy/girl, or guys/girls that we don’t want anywhere near Parliament,or any political office come 2013…so on that, definitely, Tuko Pamoja.

I could go on and on…(feel free to go on and on)…but you get the picture. I was definitely up in arms when I first heard Bwana Muigai using the ‘Tuko Pamoja’ phrase. But when I did a double take, I bit my tongue,and let my mind wander around the scenarios painted above..

What if, after all, Tuko Pamoja? What if, after all, Uhuru Kenyatta, or any other politician for that matter, resonates with the national pulse? We are a hypocritical lot, all of us, purporting that the members of the August house are sent from a special,amoral universe to influence our policies and governance. We have the leaders we deserve! One of these days, let’s inform ourselves some more on the roles of politicians, and the institution that is politics. Here’s one interesting find.

At this point, I insert the disclaimer that should probably be at the top of the post…this is neither an endorsement nor dismissal of Uhuru Kenyatta.

In my view, a politician only comes across as speaking for himself because the people he represents have either given in to apathy or allowed for a laissez-faire mode of action. So, which is it?