One fine Thursday evening, the email came. It was titled, ‘Meet and Greet Hon. Tuju‘. It was an invitation to the KE blogger community to march towards the very confusing Upper Hill area to meet Rapho and listen to his vision for Kenya, critique his agenda seeing as we represent a very important interest group…bla bla bla…you know the usual.  Thursday evening invite for a Friday morning meetup. As in Friday, the following day. I had a few words for the Tuju team, but thankfully, my dear friend, @archermishale addressed the gaping insult. His post on politicians and social media, is a must read. [ Note to anyone who wants to meet with bloggers. We aren’t a bunch of wierdos who sit by their computers, clicking away at the interwebs and waiting upon thy beckoning to events. It’s a bit too ambitious to expect us to show up at an eleventh-hour invites. We are just as deserving of the same courtesy and apt time frame extended to any other interest group.] 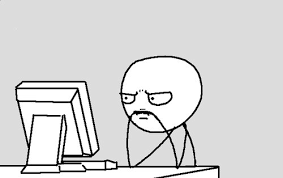 The second invite came in with a matching apology, and well, I had dismissed it. On the d-day, Archer and I got to talking, and I decided to give the meetup a chance. Having attended all these politicians’ meetups,, I just didn’t have much grace to extend.

Now as we go through this post, let’s keep this question in mind. What defines your next Kenyan president? Mull over it. [Apathetic or not, Kenya will have another president, whose traits/characters will be defined by your actions/inactions in the coming year.]

Raphael Tuju. Or Rapho. Best known in the social media circles for his sheng’ presidential bid, that has close to 39,000 views. Evoked all manner of reactions/responses from us, this one being my favourite! Gotta love just how much @diasporadical was inspired by said bid, and all the free advice he had to offer Rapho in his attempts to be the ‘prezzo reppin’  for di youts‘. It was also very nice to see that he (Diasporadical) was invited to the meetup, and that Rapho knew all about his ( Diasporadical’s) post.

We didn’t cut the gentleman any slack. After introductions, we went straight for his gut. Why ‘Rapho‘? Why the sheng’ thing? WTH??(Yup, that was me firing the bullets). He explained that his children refer to him as Rapho, and he has no qualms with it. So if he ever ascends to the house on the hill, have no fear in calling him ‘Prezzo Rapho‘. In fact, he’d much rather be referred to as ‘Mtumishi ‘ than ‘Mheshimiwa ‘.(His words). But back to the sheng’ presidential bid. A bad joke or a clever strategy?  It was his idea/original thought. Even his campaign team was indignant at his proposition to approach such a bold declaration in such an ‘informal’ manner. Well, bottom line, hate it or love it, you did talk/are talking about it! The bid’s also in English and Swahili (more formal perhaps?), and based on the number of views, it goes without saying  that ‘abiding by the norm’ was not gonna earn his youtube channel the impressive numbers it boasts. It has also worked for him as he told us. See, while we criticized and ridiculed the message on twittersphere, it was  apparently very well received in other parts of the social strata. And not only did it make it known that there’s a ‘new kid on the block’ aiming for the presidency, it moderated the ‘upper class mentality‘ hovering over his persona,making him more accessible across the board. He explained that indeed he does know what it’s like ‘kudoze bila kumanga.’ Archer referred to that particular phrase a time or five…

As for the archaic nature of his sheng’. We felt it didn’t reflect the culture he claims to represent/come from. Wamathai really pounded on this point. @TheMacharia told him he couldn’t take him seriously with that bid.(that was really funny btw…)

Rapho took it all in stride, and when we seemed to have let it all out, the pent-up reactions to a less-than-two-minutes video,  he explained his stance. He justified the lingo by saying that is/was the sheng’ he knows from his days in the ‘ghetto’…he went on to list all these places he’s resided in that make it difficult to disbelieve his roots. He stuck to the sheng’  he knows, again, hate it or love it, you probably shared the link with a friend or ten, effectively marketing his campaign! Having handled the heavy fire that came his way pretty well,() it is then that I sat up straight and listened to what Rapho had to say.

So what makes Rapho special? Unique as a presidential candidate? Well, for starters, his campaign tag line is ‘I am Raphael Tuju, and my tribe is Kenyan.‘ His is a campaign that’s not affiliated to any tribal alliances; not a camp/school of thought he’s recently defaulted to.He talked of his track record in his 8 and a half years in government as well as his years in the private sector, and few will deny the fact that indeed, the man has delivered. However, the gentleman went ahead to drive this point home:

That got us all nodding our heads in intrigue. He went ahead to say that he hasn’t been associated with any scandals, he’s not at the Hague! (jina yake haijatokelezea….wala kupotelezea…). That,my friends, is a point worth pondering over.

On Kenya’s biggest problems/what Kenya needs, the man spoke with passion and conviction, something I haven’t seen in any politician in a very long time. He stated facts, and what particularly impressed me is his ability to go back in time, dig through Kenya’s painful history of political and economic deterioration and dig out the root causes of these problems, examine the damage done and propose ways forth. For instance, on matters corruption, he said that to deal with this menace, ‘the institution of presidency must itself be above that.‘ He admitted that it is not an easy matter to address, corruption, and that one of the key roles of the next Kenyan president is to allow the setting up of the institutions listed in the new constitution to deal with this malady among others (including the all-favourite political term,impunity). He argued that if the presidency were to focus on individual matters/cases only, it would get caught up in a vicious circle.

Well, Rapho can get away with such words, in my opinion, because his is a record whose credibility is yet to be questioned. He lost his Rarieda seat in the 2007 elections because he opted out of tribal politics. In the ODM home turf, he ran for office under a NARC-Kenya bid, and according to him, all he needed do was ‘renounce the enemy, repent at the feet of the tribal political chieftains and it would have been a sure win for him.’  The man of eloquence says he’d rather not be in Parliament or become president than compromise on tribal prejudices/spill innocent blood along tribal chauvinism lines. He said he’s ‘devoid of such passion for human beings, that unless they vote for him, they are hacked with machetes.‘ [ More on his achievements in Rarieda constituency on Mzalendo’s blog.]

Another problem cited was youth unemployment and hopelessness. Nothing we haven’t heard before, only that he explained his thoughts very clearly. Giving us a bit of a history lesson on Kenya’s population structure, he was able to address the matter from root cause, to symptoms, to possible solutions. Apparently, between 1975 and 1990, Kenya cited the highest population increase in the world.Consequently, Kenya is now experiencing a youth population bulge as the bulk of those born in that time period predominantly comprise the youth. If not dealt with, said population structure can lead to a violent revolution as has been evidenced in parts of the Middle East. Now at the public level, and to some great extent even at the leadership level, what we have, and have had is a misdiagnosis of the problem. Ethnic politics, according to Rapho, undermines the ability to address the real issue/problem. And that we haven’t tapped into the youth bulge, made it work for us, is something that he’s passionate to address. What we view as a disadvantage can be leveraged as an advantage under his presidency,he proposed.

Rapho educated us on what he called Kenya’s comparative advantage against economies that this beloved country was once at per with: Singapore, Malaysia and South Korea, to name a few. [Zack Mukewa, economic pundit, has more insight on this matter]. He (Rapho) stated geo-strategic positioning, tourism and the youthful population as some of those advantages and leverage points.

‘We do not make the necessary transitions to become a modern society.’  Raphael Tuju

We did pick his brain on many other matters, but time was against us. What had commenced as just another meetup ended as a moment of enlightenment for me, for all of us in attendance.That Rapho is a candidate to watch became evident. Kachwanya had the opportunity to ask the ‘parting shot’ question. What are his chances? Well, as far as tribal politics go, he said he stands no chance. As far as political inheritance goes, he stands no chance, he belongs to no prominent political family. Basically as far as the political norm goes, his chances are slim. But for where the status quo is to be shaken, his very ‘disadvantages’ could turn around to be his strong/vantage points. It really is up to Kenyans to decide. [A paraphrased response.]

It is rare for me to say this, but here is a politician worth his salt, whose words still resound in my mind. []. It’ll be interesting to watch how he bears the storm of the tough times ahead. I,for one, am keen on following his campaign, simply because I feel that for once, my brain cells aren’t deteriorating at an unnecessarily rapid pace upon listening to a Kenyan politician.  I think that his vying via a youth vote, his appealing to the youth through its popular culture came from a very informed place. Waiting on another opportunity to really grill him on this matter.This is not to be misconstrued as an endorsement for Rapho.

As to whether any other presidential aspirant would present themselves for such scrutiny and conversation as Rapho did and promises to keep doing, I eagerly wait.

He does have a few loose ends to tie up though. His official website needs some work done for sure. But as a former journalist, he must know a thing or two about proper content. So look out for other sheng’ videos from Rapho. [He also explained to us how he’d handle the Migingo conflict in such an impressive way. Baba Jimmy, our incumbent president, is not one to express himself well with words…I find myself wondering why Rapho wasn’t the government spokesperson in the first place…]

Remember that question we kept at the back of our minds as we went through this post? Let’s bring it to the forefront, and now let’s address it. What defines your next Kenyan president?