Yes, I know. Many of us hear the word ‘politics’ and want to puke. I get it! 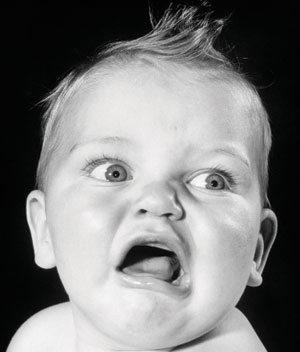 Before I go any further, just how many of us have taken time out to delve into the subject matter that is politics, to understand its definition?origin? I often hear talk of matters being ‘politicized’ and I’m left to wonder just what that means. While I agree that said word’s definition and context is subjective, I think it’s safe to conclude that it has nothing but a negative connotation in Kenya. In fact it would seem that Kenyan politics has been the total sum of actions of a select few() that do not resonate with the national pulse. What do we despise? Is it the institution or the people who’ve stepped up to it and morphed into behemoths of corruption,greed and just about any other vice under the sun?

As a result, we’ve embraced apathy,which has evolved into ignorance;all the while hoping and wishing that someone will fix the problems that are(Some of us have even convinced ourselves that we don’t care, ergo adopting tenant status in the land that’s nurtured us.

Not that we don’t already know this, but Kenya’s politics and political scene won’t do a 180 for the better overnight. I don’t know too many people who watch the news,for instance; we don’t remember the last time there was something positive to look forward to, save for our athletes doing us proud?

Here’s some reasons (off the top of my head) why we need to give a damn about Kenya’s politics and fast!

1. A Nation That Needs to Heal its Wounds.

As we gear closer to an election year, the political temperature is rapidly approaching and exceeding feverish. None of us has forgotten what happened last election period, and Kenya is a nation that is far from, and desperately needs healing. And this is not limited to the 2007/2008 PEV. At the turn of  most election years in Kenya’s history, there have been clashes that remain unresolved, and well, the angst could reach an all time high come 2012. We can only sweep these issues under the carpet for so long!

(If not one to read reports,which are in no shortage on matters Kenyan politics, please go out and get yourself a DVD copy of The Making Of A Nation and journey through the history that surely wasn’t taught in class.)

Making Of A Nation Promo from MakingOfaNation.com on Vimeo.

In the time that we’ve been turning off our teles so as to avoid the news, we may have missed out on this potential quagmire. Come 2013, the agreement that was signed between the British Colonial Government  and the government(Sultan) of Zanzibar, rendering the coastal strip a British Protectorate and ultimately Kenyan territory will expire. If you haven’t already heard of the Mombasa Republican Council and their manifesto, oh, you want to bring yourself up to speed!

It is true, the residents of Coast Province have had their fare share of tribulations. Many Kenyan regions (often unbeknownst to us) have. But for a people to feel so detached from their own country that they should seek ‘independence’ from it….?!

If ever they went through with the secession, there’s no telling what parts of the country might follow suit. Before defaulting to dismissing it as mere talk or incredulity, do think about the gravity of this matter! If waiting on ‘politicians’ to solve the matter, well…

The unfortunate reality is that though as a whole, the country may seem fine, the parts that comprise it have enormous grievances. We have been familiarized with the very wise saying that peace is not the absence of war!

What  led us here? Who/what is to blame, who/what is behind this?Yep. Politics. Politicians, and their disgusting depiction of this academic institutions that the Greeks offered the world.Decisions made on our behalf, most of which predate our existence. That we have to bear the burden indeed is unfortunate. The actions of a few have forever affected the lives of millions of us, and not for the better.

One thing’s for sure. Kenya is a resilient nation. We have avoided the abyss of civil war thus far. We are a unique nation on that front. We have been presented with the rare opportunity to learn from other African nations for whom peace is a dream. Whether that works for or against us is for we, the Kenyan people, to decide. Running away from this gaping truths or wishing the nation’s maladies away hasn’t worked so far, so why are we still sticking to a means that hasn’t proven successful?

It’s in understanding the painful, atrocious Kenyan history that we might realize that we have all been conned.

It’s in looking past our small bubbles of self preservation that we might have our eyes opened to the fact that we are all captives of political injustice.

It’s in letting ourselves feel for our country like we do about personal matters that we will appreciate what every part of this country brings to the table, that we will recognize the indispensability of each corner that’s marked Kenyan.

It’s in a very deliberate quest for the Kenyan identity, honing and upholding it, that we can draw the line in the sand and refuse to further entrench the Kenya’s agony.

Well, we could continue mastering the art of armchair pessimism. Just remember that if this country burns, we burn with it!! How I hope and pray that the gravity of that statement never departs our individual and collective conscience.

*Cue the words of the Kenya National Anthem*